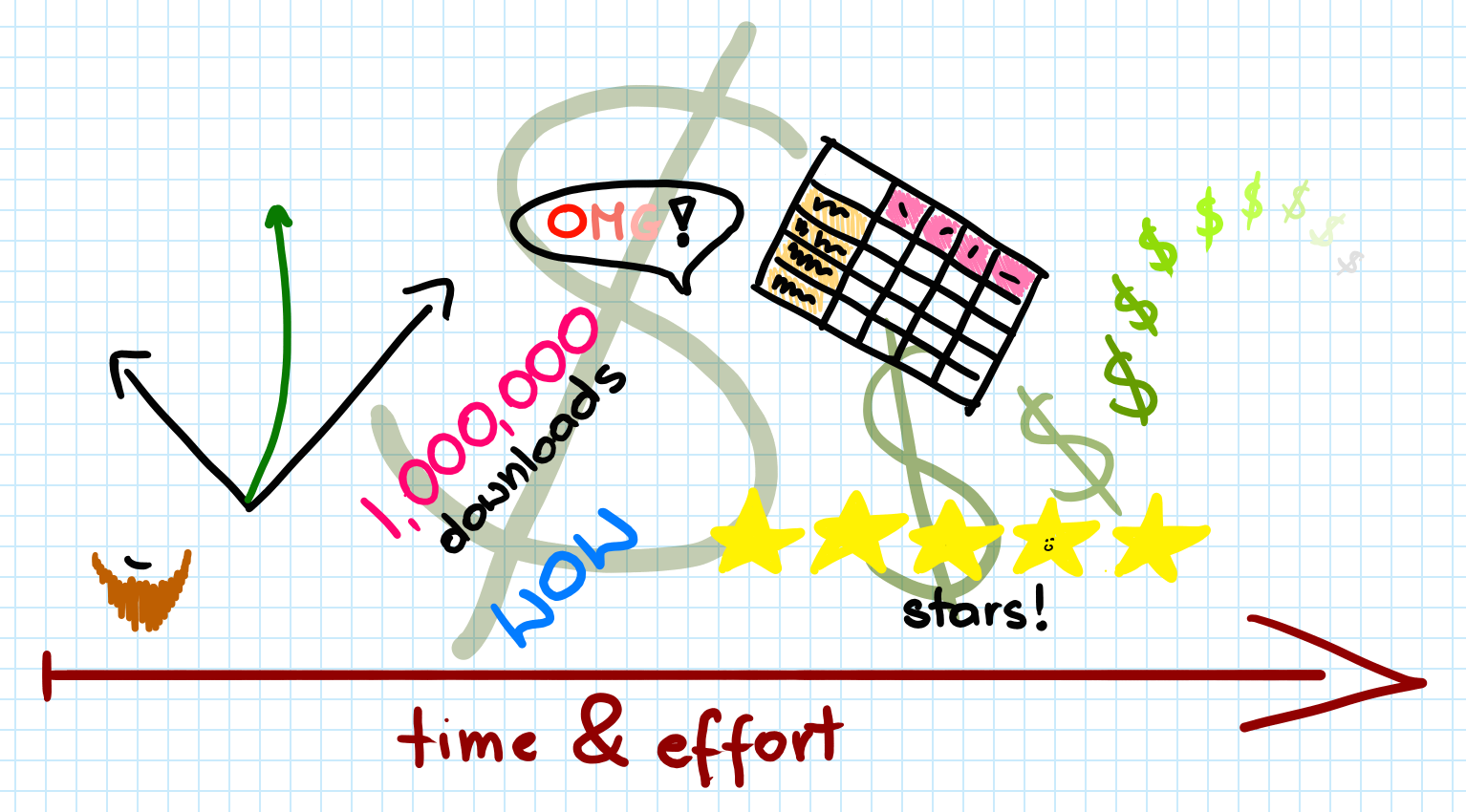 I see a plenty of questions on Quora like “I am X years old, is it too late to start learning programming?” Many of these questions are asked by people around their 20s. Well, I believe I might know the answer, and it is not a cliche ‘It is never too late mate!’ I would say ‘It depends on how much you have left.’ Yes, I mean until you die. I assumed that the reason WHY you want to learn to program is to make your app or a game. I’ll try to estimate the time you will need, taking games into account because I kinda know the subject. I won’t even try to estimate apps or web services, as they aren’t areas of my expertise. However, if you want to try to do that for these fields, you’re more than welcome. In the article, I’ve prepared a table that estimates how much time do you need from total zero programming knowledge to finishing your game. I’ve included different kinds of games so that you can have a better picture of that. You may have a small “haha, right…” on your face right now, that’s okay because I’m basing on my experience and convictions. If you think numbers can be more accurate, feel free to add your two cents in the comments, and we’ll make it better. Now click ‘read more…’ and check out the numbers.

So as you may see, if you’ve got plenty of free time and you’re HIGHLY motivated, time probably will be significantly shorter.

If you just want to make a game, with only a little understanding of what’s going on, time probably will be significantly shorter as well. But I don’t think that’s the case if you particularly asked about ‘learning.’ 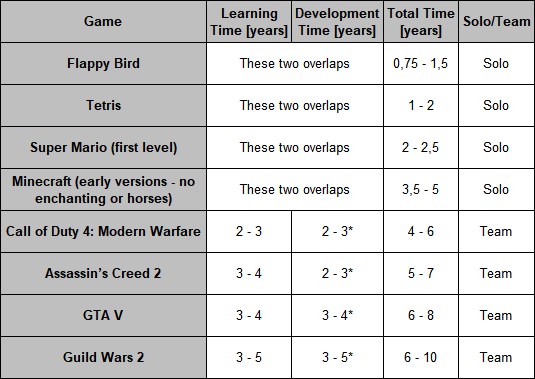 *The time is not the time that particular game was made in, it is just my estimation (running away with me)